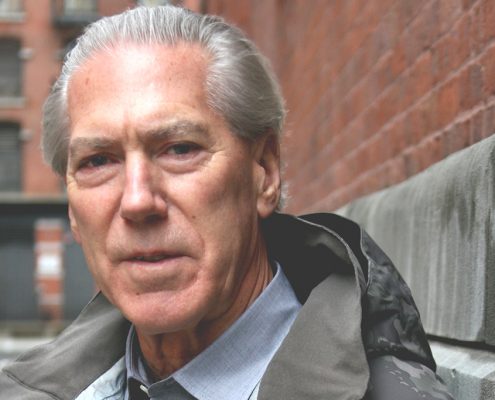 I was impressed with James Carpenter from the beginning. Not merely because of his body of work or that he brought great ideas to our project. Quality speaks for itself. It was because he was open and approachable. That he was free of the need to impress is what impressed me the most. At the time I was living in Qatar, working on a fancy urban redevelopment scheme with teams of accomplished architects, engineers, planners, and construction-related consultants of every stripe. Among this esteemed, designerly crowd Jamie’s approachability was a rare trait, which made it all the more notable. We only met briefly but this impression stuck with me. When we fortuitously crossed paths a few years later in a TriBeCa coffee shop I had no reservations about re-introducing myself. And when I pitched him on it, the fact that he agreed to take part in this new Deviation thing was testament to his openness.
https://deviation.us/wp-content/uploads/2018/02/Jamie-Feature.jpg 683 1024 deviation http://deviation.us/wp-content/uploads/2018/07/WebsiteLogo-stripe-1-300x64.jpg deviation2020-02-05 20:30:002022-08-20 11:30:04James Carpenter: Following the Thread